Vegan rice pudding is a thick and creamy sweet pudding made with almond milk. Vegans and non-vegans alike will love. this delicious dessert! This easy recipe is also gluten free and dairy free. 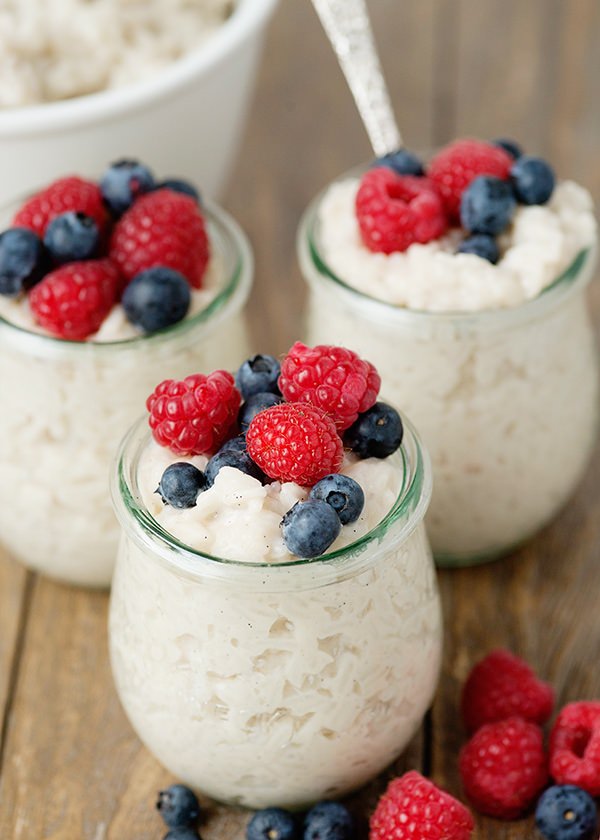 This is a sponsored post by Almond Breeze. All reviews and opinions expressed in this post are based on my personal view.

I am sitting on the couch waiting for Downton Abbey to start. It has been so long since Season 2 ended that I almost forget what happened, but I have been looking forward to this for many, many, many months. I feel bad for my family who is going to have to endure me speaking in my terrible British accent for the next 3 months of Mondays. From this point forward, please read this with a British accent and go fetch yourself a cup of tea. 🙂

Over the holiday, I saw an old friend that cannot eat dairy. In our conversation, he mentioned that dessert is the thing that he misses the most. Almost everything baked has some sort of dairy in it. I got to thinking and had to agree that I use an obscene amount of dairy in my baking. It is really easy to find good vegan baked goods, but it can be hard to satisfy the need for something creamy.

I was flipping through Food & Wine a few days later and found that they were highlighting almond milk. This recipe was included, and I love how it is made in a similar way to risotto. The almond milk is added slowly, absorbing the liquid before you add more. The end result is an incredibly creamy almond milk rice pudding that is simple but satisfying. I added a vanilla bean to mine, but you could just add a splash of vanilla extract if you prefer.

Is rice pudding for dessert or breakfast?

This vegan rice pudding is great after dinner, but I also like to eat it for breakfast. I think it is a great addition to a brunch menu. Top with some preserves or fresh berries and you are good to go. Next time, I am going to try to make it with quinoa and see what happens; As a result, I think it will be a really healthy, protein filled breakfast. 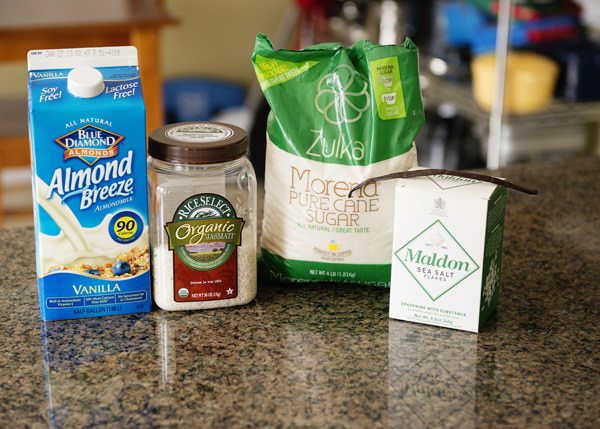 How to make vegan rice pudding 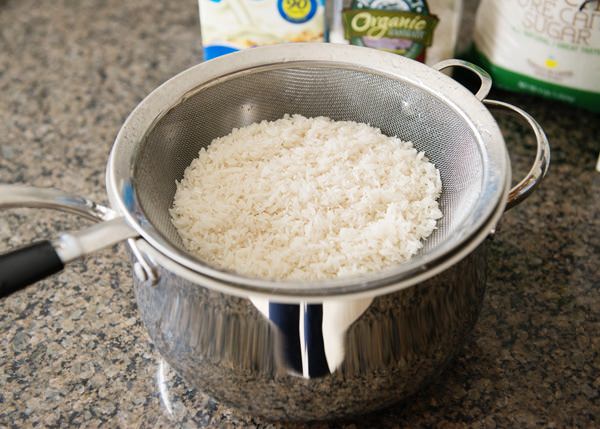 Start by rinsing the rice with water. Add to a medium saucepan. 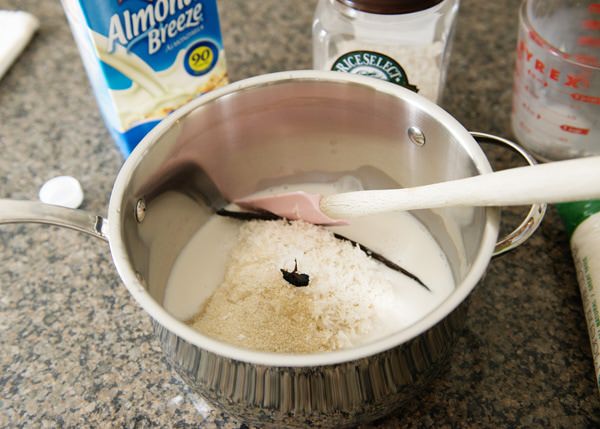 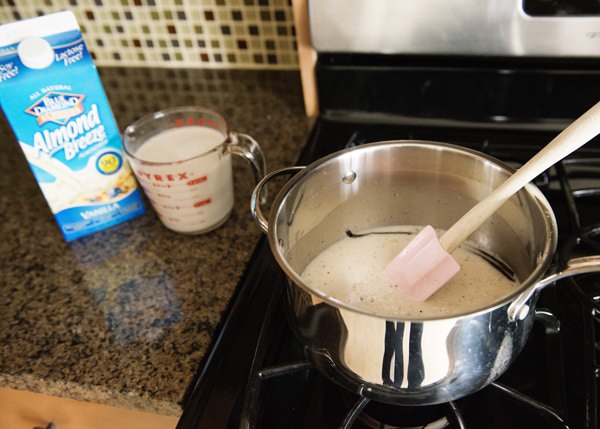 Cook over low heat, stirring occasionally until the milk is absorbed, about 5 minutes. 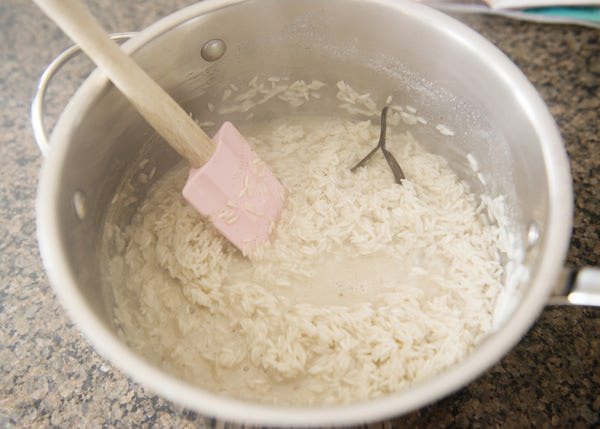 Gradually add 5 more cups of almond milk, about 1/2 cup at a time. Let the milk absorb into the rice before adding more. 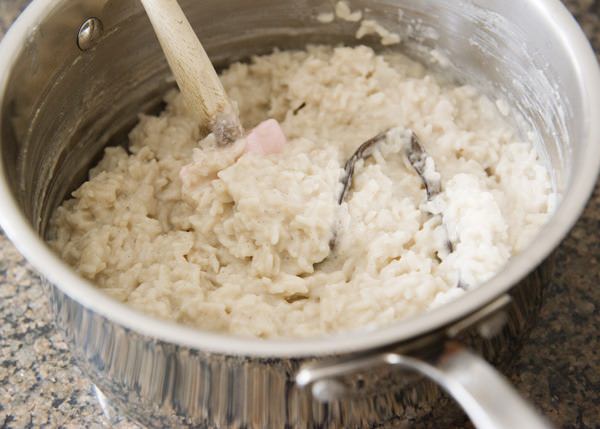 After 25 minutes, the rice pudding will be thick and creamy. Allow it to cool, then stir in the last cup of milk. Remove the vanilla bean and spoon the pudding into a pretty glass. 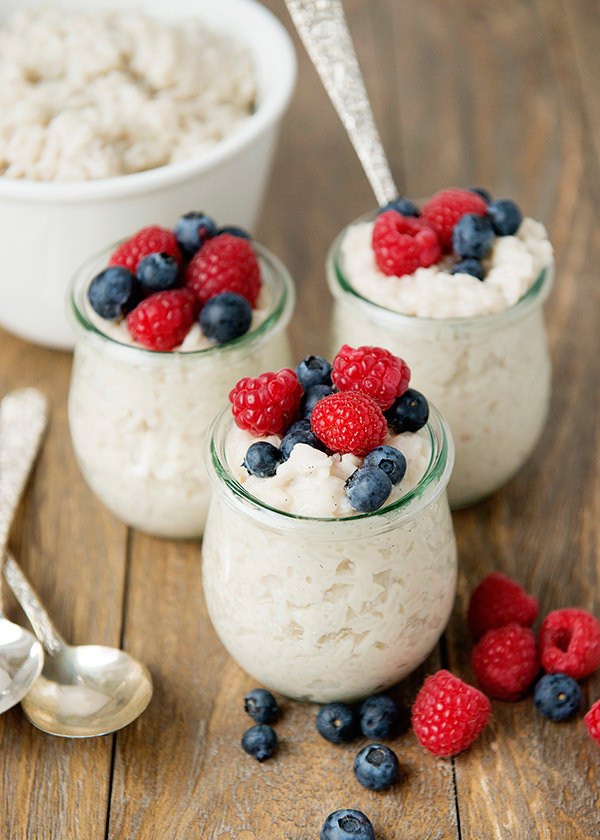 Garnish with fresh berries, roasted strawberries, or a spoonful of preserves

Disclosure: I was paid by Blue Diamond Almond Breeze for this post. I am compensated for my time, however, all opinions expressed are my own.

There are affiliate links in this post. If you click on the link and make a purchase, I get a percentage at no cost to you.

Search results for can you make rice pudding with almond milk

Hi there! I can't wait to make this over the holidays. I saw a post earlier asking if this can be made in a slow cooker. The link you provided no longer opens. Do you have an updated slow cooker version you would recommend?

Excellent! Made it this evening with arborio rice, brown sugar and vanilla extract - served with a spoonful of raspberry jam, as that's how my mom used to top her pudding... Will have the remainder for breakfast!