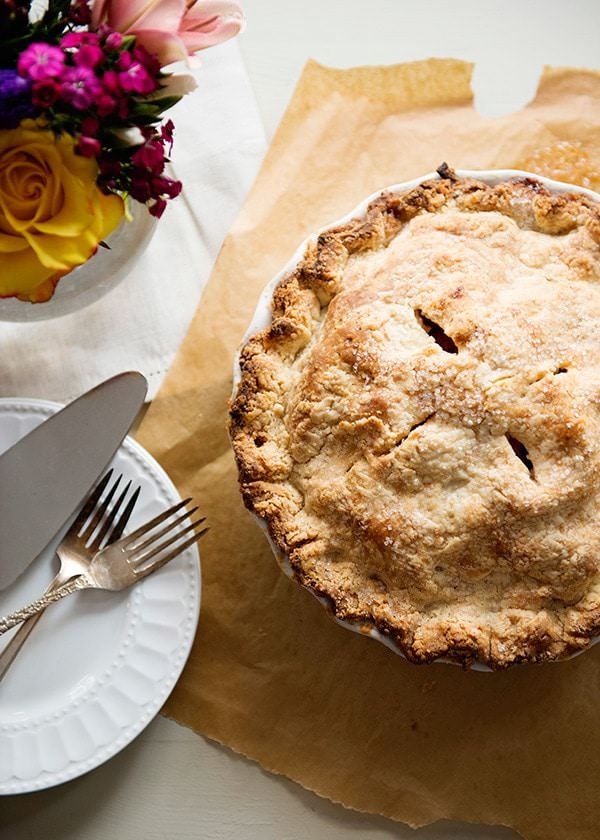 I take my apple pie very seriously. It is one of my absolute favorite things to make and eat. When I was flipping through the King Arthur Baker’s Companion and found a recipe titled “The Best Apple Pie”, I knew I needed to give it a go.

Is it the best? It’s pretty close.

I love the layers of flavor in the filling. The teeny bit of rum and vanilla make this pie special. It’s delicious and deserves to have a spot on your Thanksgiving table.

I made some sea salt vanilla bean caramel sauce (I added a few tablespoons of bourbon at the end) to drizzle over. A scoop of vanilla ice cream on the side? It’s everything you want in a piece of pie. 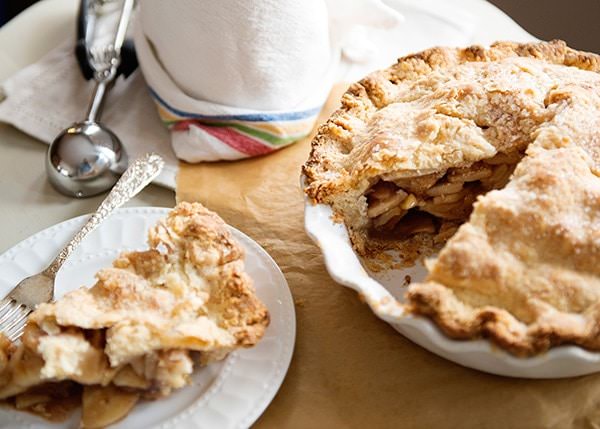 I’ve been baking with my daughter a lot lately. She’s becoming quite the little baker. I really like having her working alongside me. She is learning a lot about cooking and baking and I am happy to spend the time with her while she still likes hanging out with me. One of her favorite kitchen jobs is peeling the apples with the apple peeler. Can you blame her? I love using that too.

I have been learning to make videos and am trying to make a new one each week. I caught some of her pie baking in this one’s and I am so happy that I have these little memories captured. 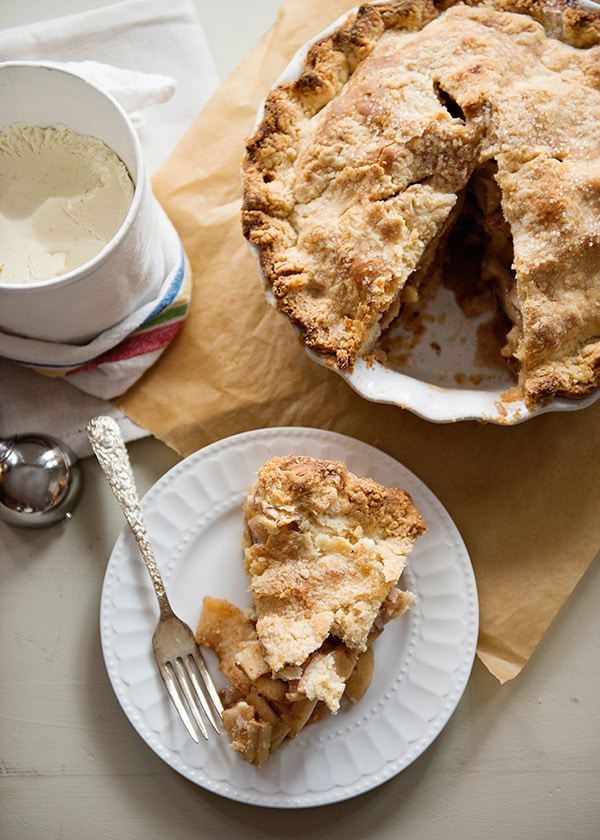 I used to be afraid of pie crust.

I would avoid making it because it can be a scary thing. Guess what? It isn’t anything to be afraid of.

The worst thing that can happen is a.) it’s ugly (ugly pie still tastes good). or b.) it’s not a great crust (it’s still pie, and pie is ALWAYS good, right?).

My biggest piece of advice is to just keep trying. Every crust I make gets a little bit easier and a little bit better. I alternate between doing it by hand or using my food processor. Both ways yield a good crust. Think of all of the grandmothers that made pie crust with two knives or a pastry cutter for years and years before food processors were around. 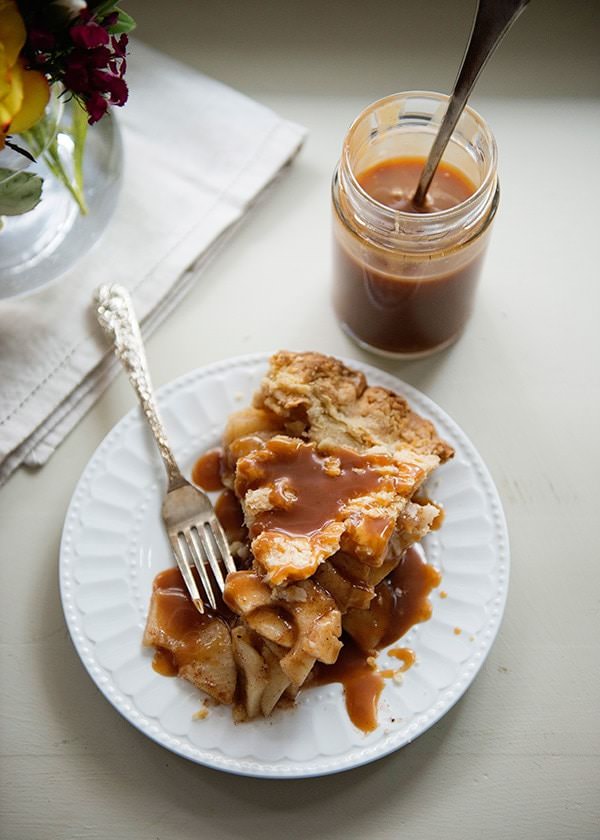 Hi, just wanted to say, I loved this article. It was funny. Keep on posting!

[…] Cinnamon Ice Cream is perfect on apple pie, with salted caramel, or all on its […]

ps... this pie looks killer. Lenny likes a apple pie and I do not have a recipe.

This is a good one. I was very proud of this pie...

Okay Bree, that video is darn adorable and brought tears to my eyes. LOVE! And I love that you are baking pies with your daughter, it reminds me when we were neighbors next to my god-daughter - she would come over every night to help me make dinner. Love!

Thank you, that means so much coming from you!! I love baking with Ava, we are getting ready to start our Thanksgiving prep when she gets home from school.