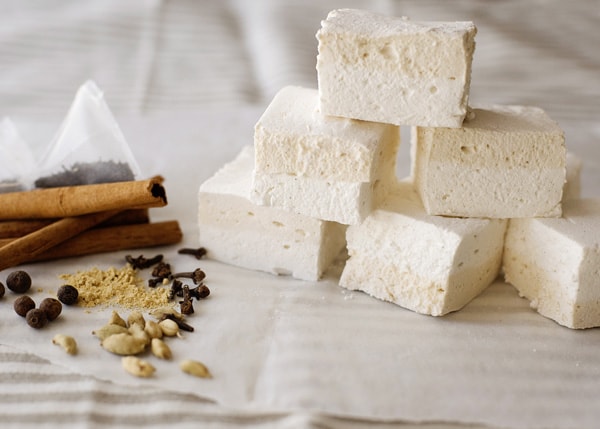 A few months ago, Eric from Quirk Books asked me if I would like to be a part of a Marshmallow Madness contest hosted by Serious Eats. Marshmallows and some healthy competition? I am so there. The idea was to take the Classic Vanilla Marshmallow from Shauna Sever’s new book Marshmallow Madness and do a bracket similar to March Madness. (Marsh Madness, get it? Get it?) I had to take the basic recipe and morph it into something entirely different. Normally, I am great at this kind of thing. This time, I scratched my head for a bit. Not because I was not inspired, but because every amazing idea that I came up with was already in the book!

One of the perks of being a food blogger is that I get a lot of cookbooks for review. It is a perk for sure, as I happen to collect cookbooks. When the UPS man delivered this book to me, I was giddy when I opened the package. The cover is puffy. You read that right, the cover is puffy. If that doesn’t get you in the mood to make some ‘mallows, I just don’t know what will. The photography is gorgeous, and it is a pastel wonderland. My 6 year old daughter’s dream world. Who am I kidding? My dream world too.

Once I got going, it was easy to come up with new flavors. When the contest is over, I will tell you about some more, but I could only choose one. I ended up choosing chai latte because 1.) it is my favorite drink and 2.) it turned out even better than I could have ever imagined. Sweet, spicy, and creamy. If you like the drink, you will love these.

Shauna’s method for making marshmallows is a bit different than the one that I usually make, but once I got the hang of hers, it was a dream to work with. It is a three step process. You start with a bloom, make a syrup, and finish with a mallowing. It sounds straight out of Hunger Games, doesn’t it? A mallowing – it sounds almost ominous. But it isn’t, it just helps the little babies from sticking together. Normally, I show you every step when I make something. This is a two layer marshmallow, so I am going to show you the method only once. You simply change out the ingredients to make the second layer, but the steps are exactly the same. It is very important to have absolutely everything ready to go before you start cooking anything. Have all of your tools ready and your pan prepared. Make sure that your thermometer is accurate as well, otherwise the syrup will not work. A few degrees can make all of the difference. If you need to calibrate your thermometer, here is how. 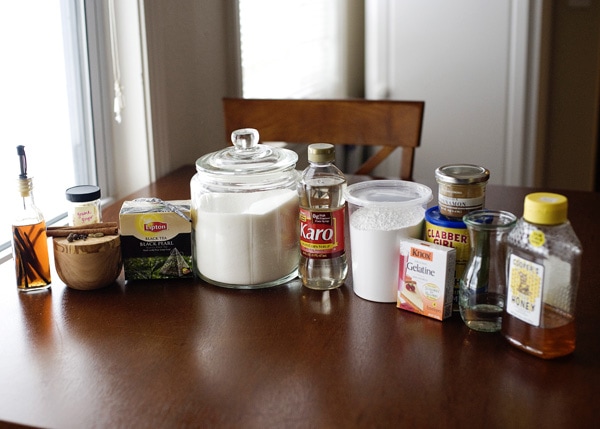 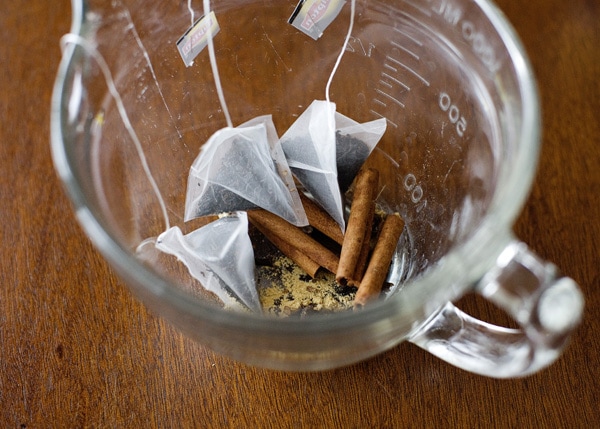 I started by making the chai tea. It needs some time to steep and cool, it was ready to go by the time I was ready to work on the chai layer. Break the cinnamon sticks into a bowl. Crush the cardamon pods and allspice and add to the bowl. Add the cloves and ginger. Pour 1 cup boiling water over the tea and spices. Let steep for 30 minutes. It will cool completely. Strain the tea and spices out. You need 1/2 cup of the tea mixture for the chai layer. 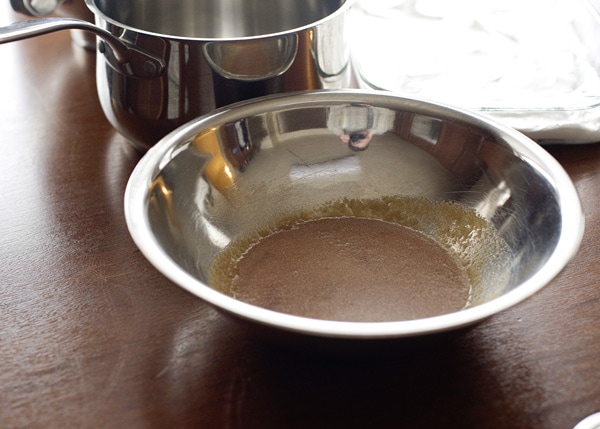 When the tea has cooled, sprinkle the gelatin over the top. Let the gelatin soak for at least 5 minutes. 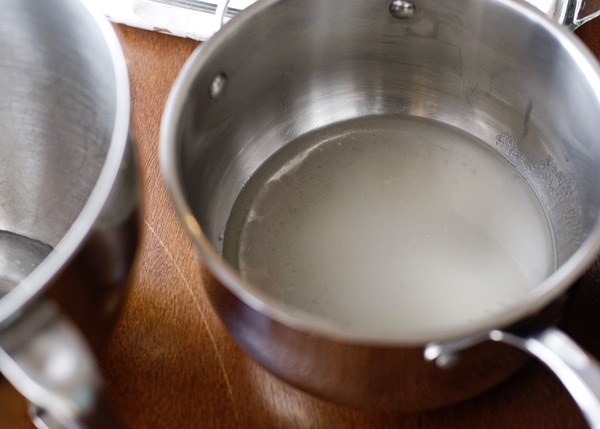 Now we need to start the syrup. Stir together the sugar, 1/4 cup corn syrup, water, and salt in a medium saucepan. Cook over high heat, boil, stirring occasionally. The syrup needs to reach a temperature of 240 degrees. 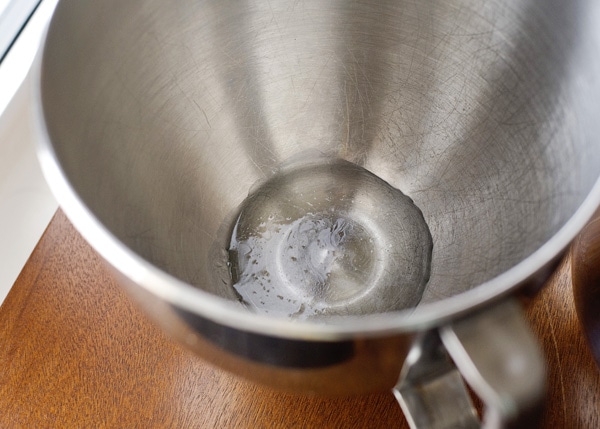 Meanwhile, add the other 1/4 cup corn syrup to the bowl of the mixer with the whisk attachment attached. 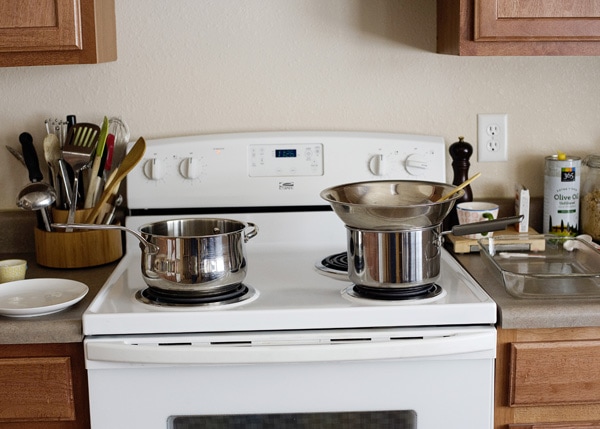 Melt the gelatin over a double boiler (or in the microwave for 30 seconds). Make sure that there are no granules left in the gelatin and that it is completely melted. Pour the gelatin into the bowl of the mixer with the corn syrup. Mix on low and keep it running. 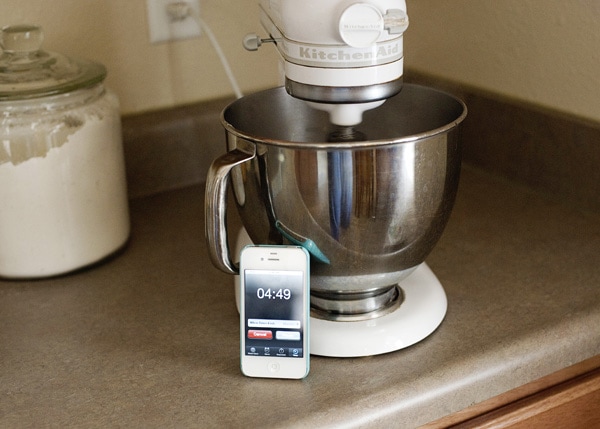 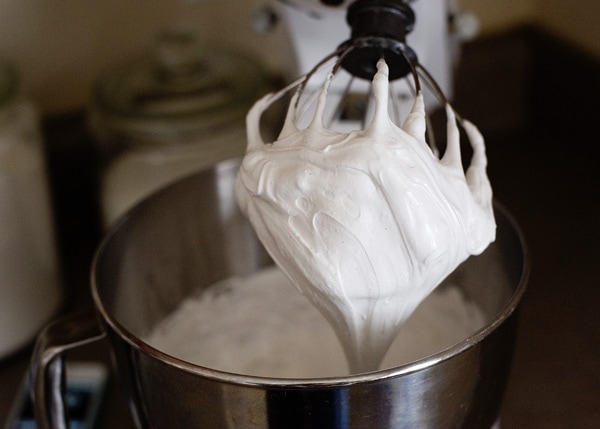 The marshmallow will be fluffy, and have tripled in volume. 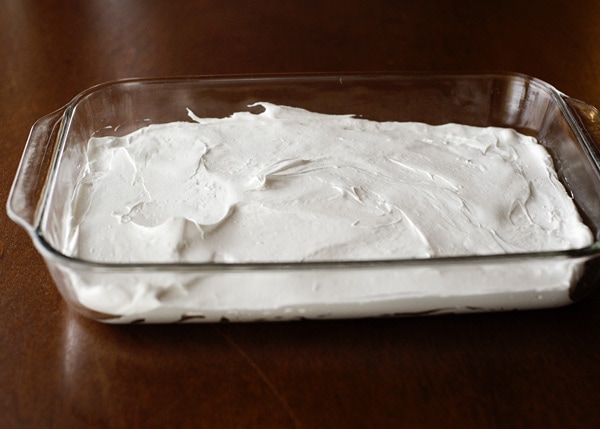 Pour the marshmallow into a 9×13 pan that has been coated generously with cooking spray. Use a paper towel to wipe out the excess and make sure that it evenly all over the surface of the pan. This really makes a huge difference. Spread the marshmallow evenly in the pan. Let the pan sit at room temperature while you make the next layer. 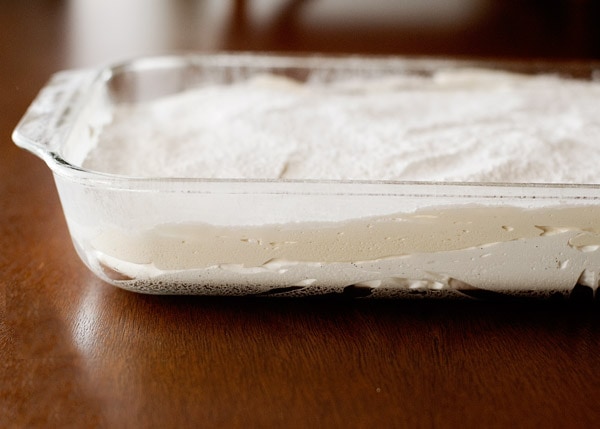 Repeat the exact same steps, but with the ingredients for the other layer. I started with the latter layer and then added the chai tea layer. It gave my tea plenty of time to steep, develop flavor, and cool. Spread the top layer on. Using an offset spatula coated with cooking spray made it easy to spread. Sift the mallowing over top. Reserve some of the mallowing for when you cut them. Let them set for 6 hours in a cool, dry place. Overnight is fine. 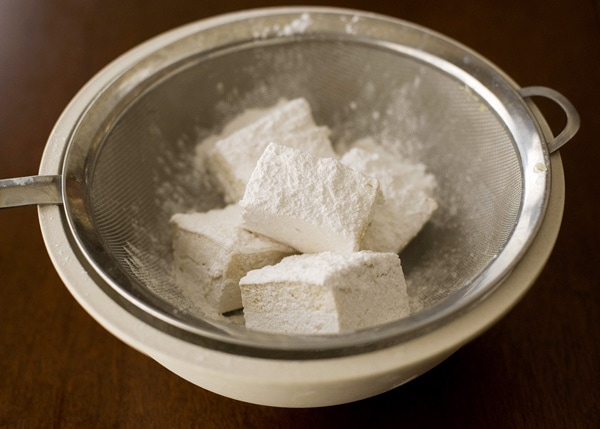 Take the marshmallows out of the pan, and cut into whatever shape you like. Dip the sides into the reserved mallowing. I used a large strainer and poured the mallow on top and shook it off into a bowl. 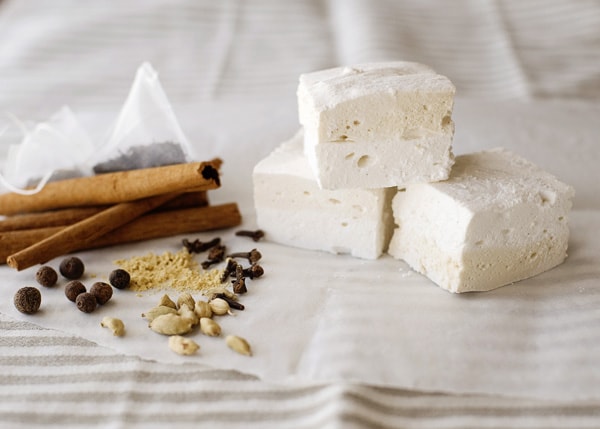 There you have it, two layer Chai Latte Marshmallows! On a side note, I had my husband read this post to edit it, and he asked me if I was drunk when I wrote it. Sadly, no, this is just how I am.

Hi there, I was looking for a 'like' button but couldn't find one. Is it ok if I share this recipe on my site?I'll link directly back here to your page. I've tried marshmalows in the past myself and had good taste results but not so good look wise. Your look great. Job well done.

Sure, with the link included that will be fine.

I have said so many times, I need to make marshmallows. It is funny, they look pretty easy to make, I love that! I love your flavor combination, they sound delicious:-) So happy I found you on Pinterest:-) Take care, Terra

They are pretty easy to make. You just need to have everything ready ahead of time. Once you eat homemade ones, you cannot eat one from a bag.

Fern @ To Food with Love

Very creative! The last time I made marshmallows, it turned out okay but after a few hours, it started to "weep" and moisture started appearing. I wonder if that usually happens, but anyway, yours look absolutely marvelous!

No, that is not what usually happens. I am not sure why that happened though.

Wow these look amazing! I've only made plain ones before

thank you Stephanie! These were really fun to make.

I love making homemade marshmallows! The double layer of these is seriously impressing me. You totally rocked it!

thank you! I love making marshmallows, and these were particularly fun.