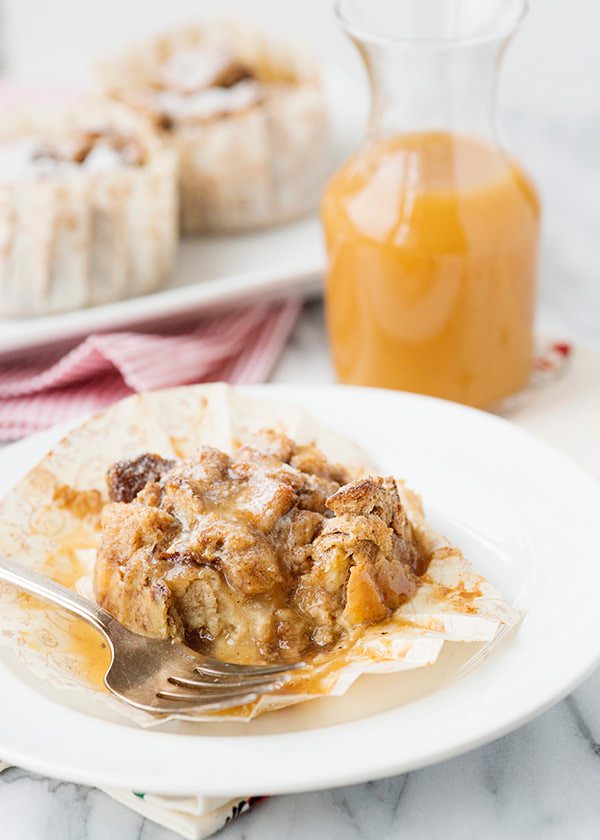 This French Toast with Eggnog Syrup might just be the best thing that I have made in a long time. And that is saying a lot, because in my humble opinion, I make a lot of tasty stuff. I remember last holiday season my friend Kristen of Dine and Dish raving about her eggnog syrup recipe. She loved it, and was pouring hers over pancakes. Sounds delicious, doesn’t it? I put that little tidbit in the back of my brain and thought about it all year long. I knew that I needed to visit this syrup recipe when eggnog appeared in the stores again or if I happened to be fortunate enough to have some eggnog leftover. Well, my dear friend Kristen was right. This syrup is amazing. I would pretty much eat anything that this yellow deliciousness was poured over.

I really love French toast, but I don’t like making it the traditional way because I have to stand over the stove and watch everyone else eat. By the time I sit down, everyone is done and wants to get on with their day. For this reason, I am a big fan of a French toast casserole. I love that it can be made the night before and just baked off when you are ready for breakfast. I like a make ahead breakfast casserole. Everyone eats at the same time. I thought that individual servings would be cute so I used some heavy paper liners and baked them directly on a baking sheet. They spread a little bit, but I like how they turned out, just make sure to really spray the paper with cooking spray so they come out easily. This year I will be adding them to my Christmas morning breakfast menu. Usually I just make cinnamon rolls, but I don’t think that it would be fair for anyone to not include it, it is that festive and that good.

Today I am sharing how I enjoy the holidays instead of just survive the holidays over at breehester.com. Come over and say hi! 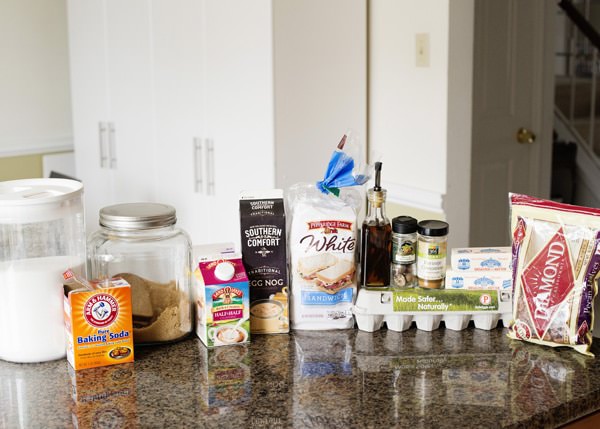 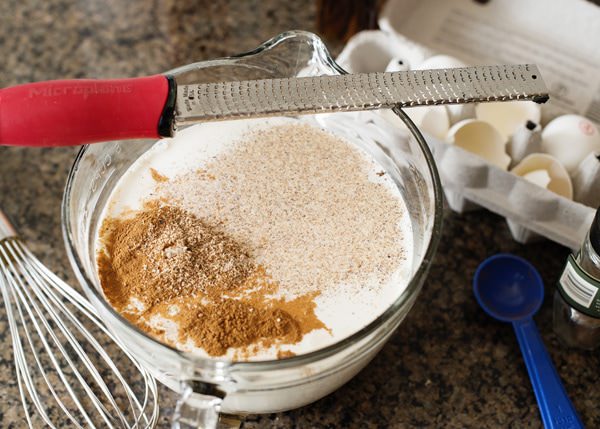 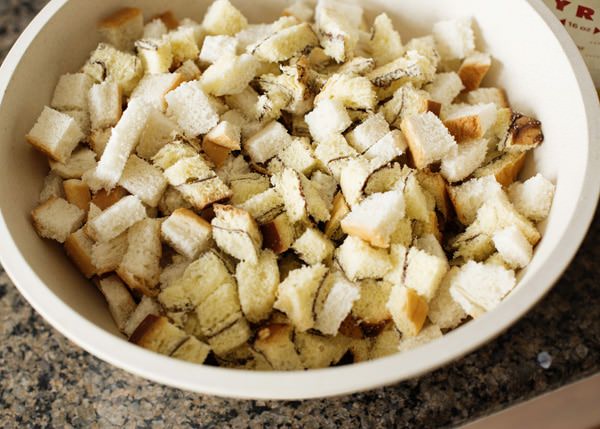 I had a few loaves of bread that I needed to use before they went stale. I used white, whole wheat, and cinnamon swirl. You can use whatever kind of bread you have around. 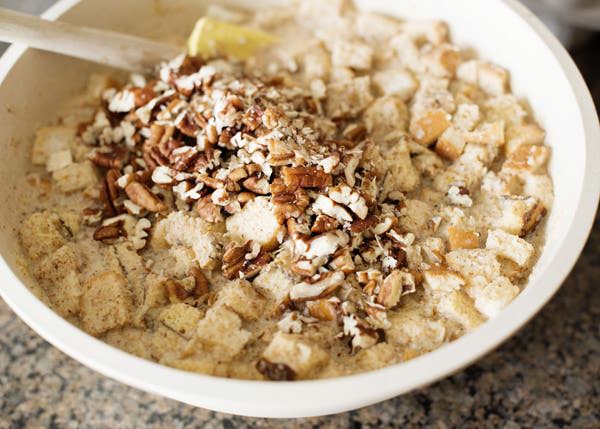 Add the custard to the bread. Add pecans. Let stand for 10 minutes.

Fill muffin tins with paper liners (make sure you spray the inside with cooking spray) 2/3 of the way full. I used panettone wrappers that I had leftover from last year. 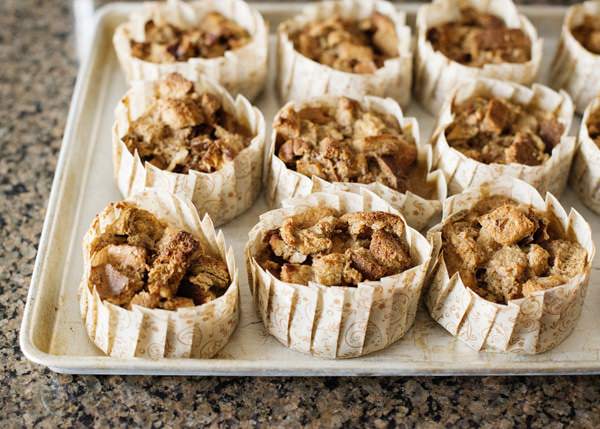 Bake in a preheated 350 degree oven for about 25 minutes. Let cool for a few minutes, then sprinkle with powdered sugar. 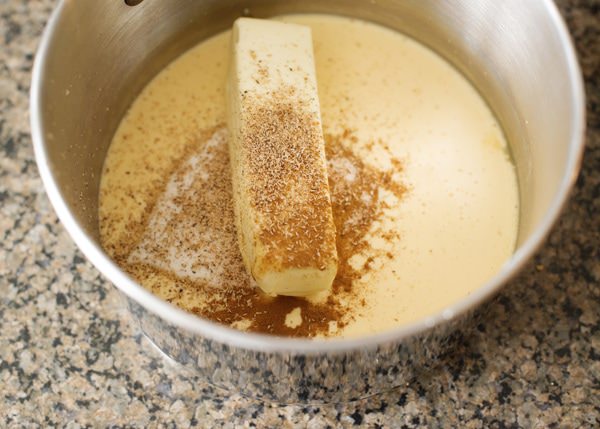 To make the eggnog syrup, add the butter, eggnog, sugar, cinnamon, and nutmeg to a saucepan. Bring to a boil. 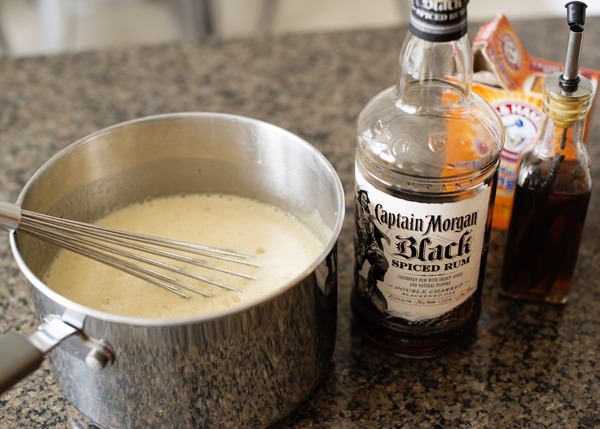 Remove from heat and add vanilla, rum, and baking soda. 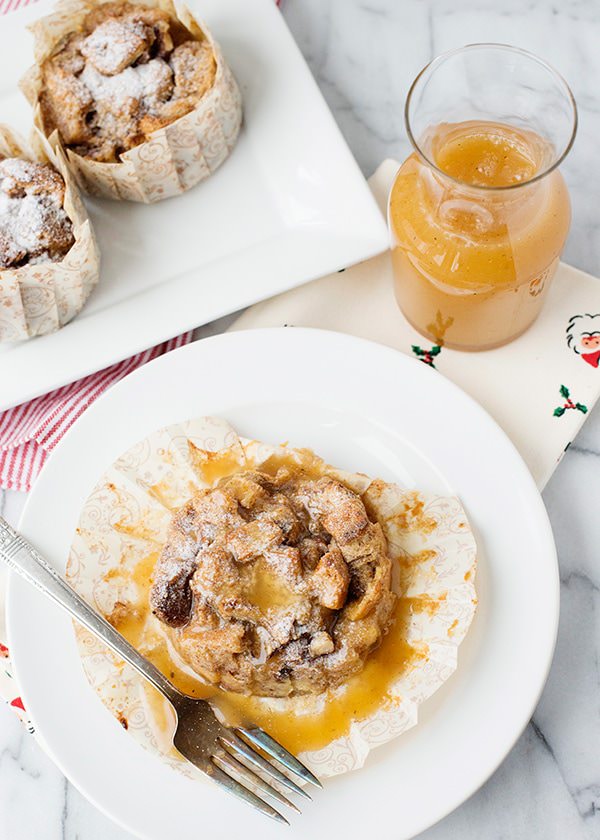 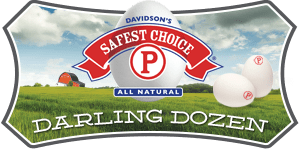 **I am a Brand Ambassador for Safe Eggs, and have been paid for this post. All opinions are my own.**

Wow! It looks like it chould be amazing! So sweety and tasty. The pictures are so great. Your blog is always very inspiring! Thanks a lot!

Thank you! I love this recipe so much. The syrup is DELICIOUS!

I really love french toast and I finde very interesting this kind of version. I'm going to try to cook it asap! Thanks a lot moda donna varese

I hope you like it. The sauce is my favorite part.

It is amazing! Christmas morning breakfast for sure this year!

This was one of the best things I have made in a long time. So good!

Georgia @ The Comfort of Cooking